Media personality and social media influencer Sheilah Gashumba has asked fellow women to stop fighting for men because it’s total madness. This came after a viral video of young girls fighting their fellow accusing her of sleeping with their boyfriend.

The video was really disturbing because the young girl was severely beaten, undressed and poured water all in the name of cheating. Although the lady wasn’t right, the beating was too much and Sheilah Gashumba is standing for her saying she needs Justice. According to Sheila Gashumba, beating a woman wasn’t the right thing because the man will keep cheating on them regardless.

Outspoken Sheilah Gashumba called the suspects bullies with low self-esteem and low self-confidence. Sheila said a man who wants to be yours will always be yours no matter what and he can never cheat so the young ladies should stop the madness and focus on other things.

“Beating up a girl because of a man who will cheat on you regardless is just being dumb. 3 seconds into the video and I couldn’t even continue watching🤦‍♀️Two bullies with low self esteem and low confidence. A man who wants to be yours will always be yours!! Stop that madness,” Sheila Gashumba tweeted.

It should be noted that Sheilah Gashumba has been moving from one boyfriend to the other. Her last relationship with God’s Plan also involved cheating where her friend was said to be sleeping with her man. Sheila didn’t chose to fight but she chose to move on in another relationship with her new boyfriend Rickman Manrick who she has been with for almost two years now.

Her advise to the young girls is from the experience she has had in her life in her previous relationships.

Weasel Manizo involves himself again in a public altercation 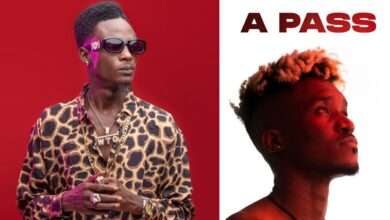 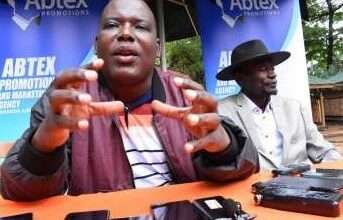