Whatever came in between Mr. Henri and Prima Kadarshi is supposed to stop, or else we shall see things turn ugly soonest. This is in a sense that, ever since Prima Kadarshi returned from Dubai, she has not seen Mr. Henri her current boyfriend face to face.

Now, to make matters worse, she has not been seen with him publicly like they used to do, and as a matter of fact, Prima organised a picnic, but she only went with the girls, Mr. Henri is still missing. This is is salt added to an injury, because those days when Mr. Henri had snatched Prima Kadarshi from singer Geosteady, the two were inseparable.

Mr. Henri’s woes started when Prima caught a flight to Dubai a couple of weeks ago, and before we knew it, she was allegedly chewed by the South African Sangoma Meddy Moore after videos of them having a great time on shisha and whiskey leaked.

After her return, Prima Kadarshi had to join her baby daddy and ex lover Geosteady to celebrate the birthday of their daughter, and Mr. Henri was missing on the event still as a step dad. Now again she went for a picnic today Eid day and he was also sidelined!

Bannange omuntu akole atya okufuna ki mummy nga kimwagala ebyaddala? As we report this, our brother the Galaxy fm presenter may be in quagmire. 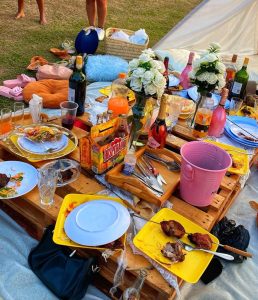 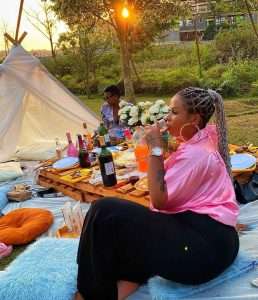 Ugandan Songwriters Get Nothing from Their Art – Shenah Skies

Reasons Why Internet Scammers Are Embracing the African Market

Is Jalia Walda Moving Closer to Becoming a Preacher?