Police spokesperson, Fred Enanga has confirmed the arrest of events promoter Abbey Musinguzi also known as Abitex following a stampede at Freedom City mall that claimed lives of nine people. The deaths of these people happened on 31st December 2022 as people were waiting for a new year 2023.

According to Police, the death of these people was a mistake of the events Mcee who recklessly told people to go to the parking lot to watch fireworks. People were too many and through the process of them getting to the parking lot, they were over crowded and they stepped on each other. Some suffocated without any medical emergency around, they ended up losing their lives.

Abitex who was the promoter of that show has been arrested and is looking forward to be held accountable for what happened. He was arrested yesterday 2nd January 2023 and for now no information about his arrest has been revealed to the public.

“The Territorial Police in KMP South and Katwe Division have arrested the promoter of a New Year concert at Freedom City Hall, that led to a stampede that has so far killed 10 concert goers. The incident happened on the 1.01.2022 at around 00.10hrs, at Freedom City in Namasuba where about 400 revellers and concert goers were celebrating the End of Year/New Year. The celebrations were progressing well, till that point where the Master of Ceremonies, recklessly made an announcement for the concert goers to move out and watch the fireworks display in the parking, and thereafter return to the concert” Uganda Police Force revealed

It should be noted that in the people that died, four of them were juveniles that had gone to have good time with their parents while the remaining were adults. 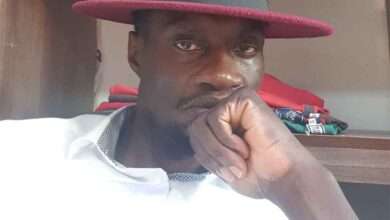